WARNING: this information can be wrong 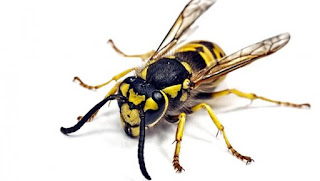 *Wasps live in a nest. After the hibernation, the queen builds a paper-like nest, every year. She looks for wood, chews it fine and mixed with saliva creates a porridge. The queen lays eggs in the hexagonal cells that are a kind of chambers of the nest and catches insects to feed the larvae. The larvae develop into adult workers, who continue to enlarge and strengthen the nest.

*The wasps could make paper earlier than  people, they do that with the help of their saliva. The queen starts building a nest in the spring. She first makes the cells and when the cells are ready, she starts laying eggs. In each cell she puts an egg after a few days the larvae emerge. Then the queen goes in search of food for the larvae that is not so easy. When the larvae are big enough their appetite decays and they make a cocoon around them. After a while, the female wasps come out of the dolls. These wasps that are smaller than the queen are called workers and take over the work of the queen. The queen now only lays eggs

*If wasps feel threatened they can cause painful stitches. Wasps have an angel without barbs and bees have a barb on their sting. Therefore, a single wasp can sting up to 10 times and one only once. With such a stab a wasp injects small amounts of poison into his victim. This poison contains attractants that attract other wasps, which may be in the neighborhood.


*The poison in wasps contains a hormone that causes other wasps to become more aggressive. Do not attempt to kill wasp near its nest or near other wasps.


*The wasp larva is a white, legless maggot that presses against the walls in the hanging cell. When the larva is fully grown, she spins a paper-like lid over the opening of the cell. In this phase, the droppings accumulate in the rear part of the intestine, which is emptied into the old larva skin, when the larva turns into a soft white pupa. The wasps come out 3 to 4 weeks after the eggs have been laid. 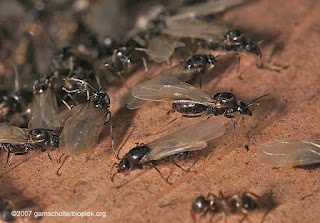 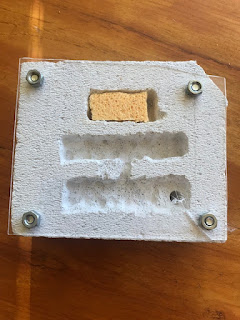 how to make an ant farm that is suitable for a colony!